The VanGo has been inhabited by an army of imaginary organisms. Scientists believe they have escaped from the dreams of three artists. It’s time to investigate!

Surreal System features artworks which blur the lines between art and science. The artists featured in the show are inspired by various aspects of biology, like life cycles and evolution. To the same degree, these artists are inspired by dreams and fantasy.

This powerful combination allows students to view works of art using the tools and vocabulary they have learned in science class, especially scientific inquiry as it is defined in the Academic Standards for Science and Technology by the Pennsylvania Department of Education. The show also explores content relevant to standards in Biological Sciences and Physical Sciences.

Visitors will also learn about one of the most important modern art movements: surrealism. Surrealism was developed in the early twentieth century by artists and writers who believed that subconscious thought processes like dreams were the key to understanding human behavior. The artwork in Surreal System contains many make-believe symbols and organisms. They may resemble things you have seen before, but with an added twist. Art experts and casual viewers alike love surrealism for this tension between reality and fantasy. 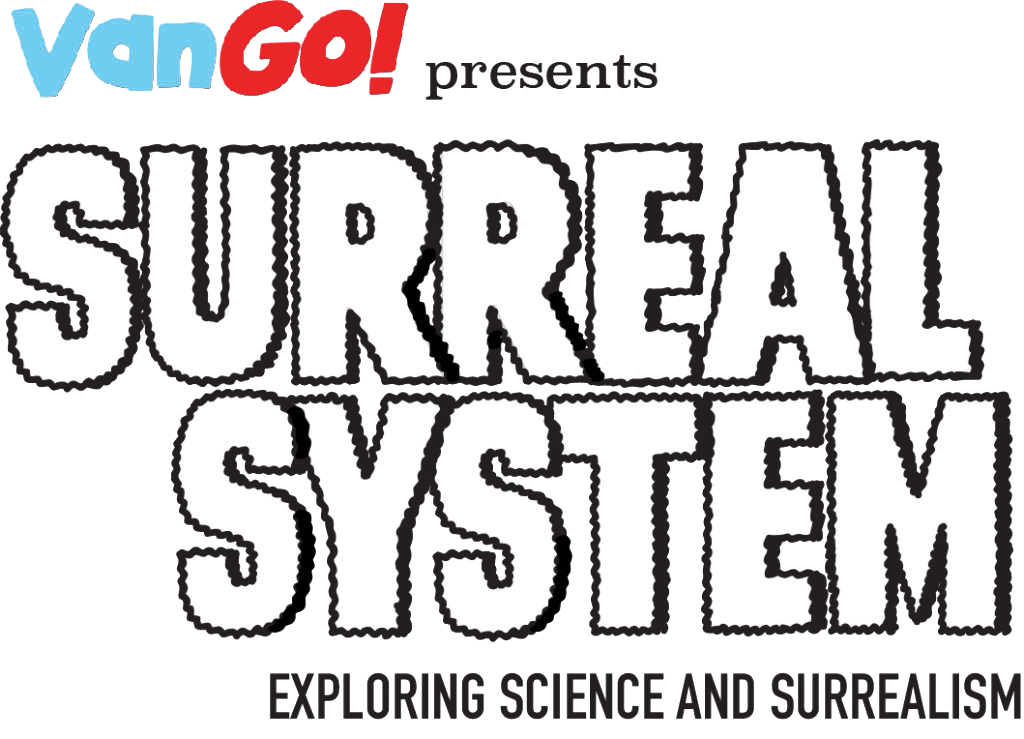 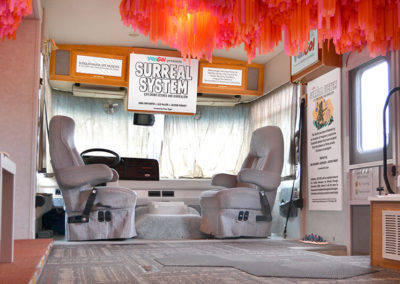 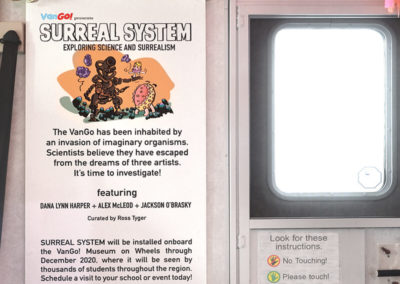 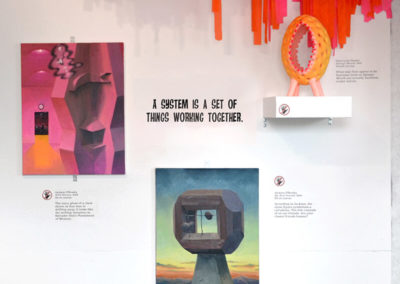 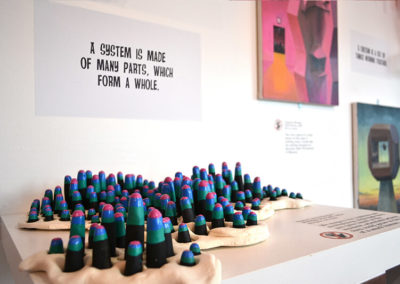 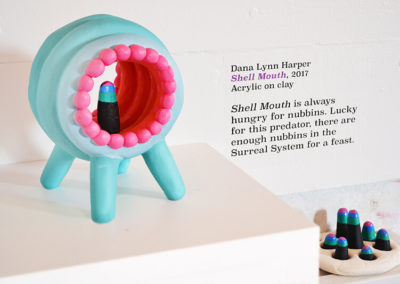 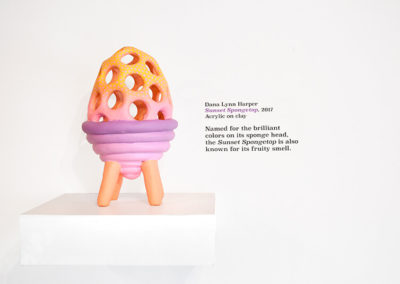 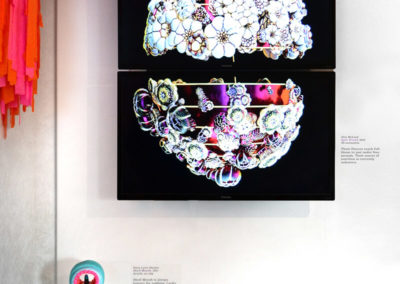 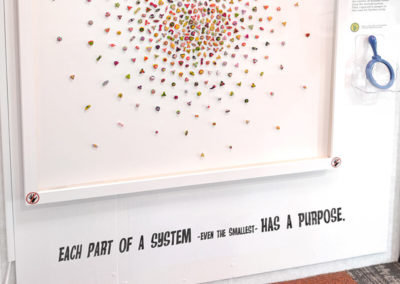 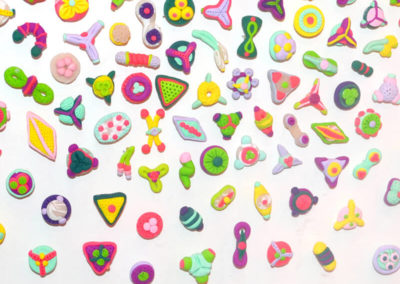 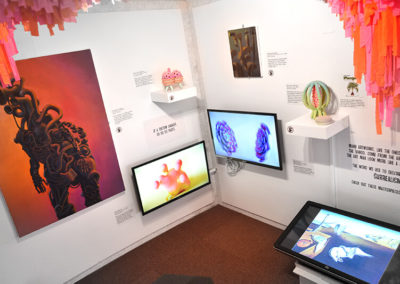 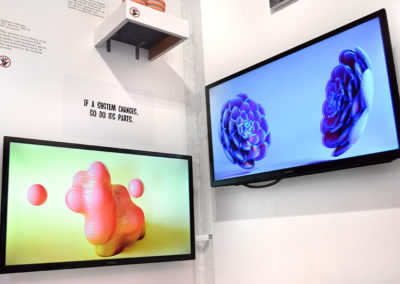 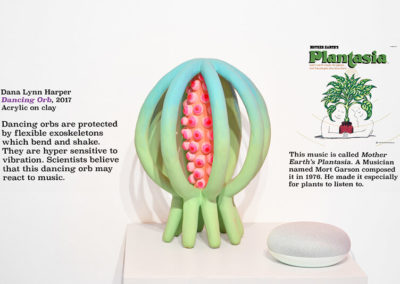 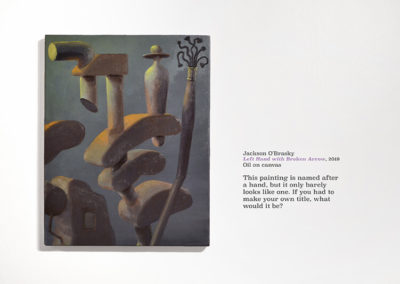 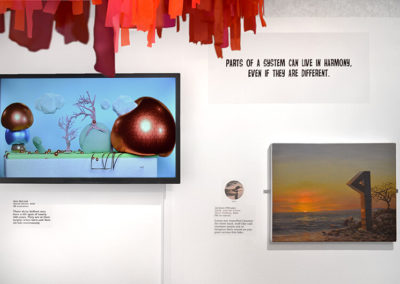 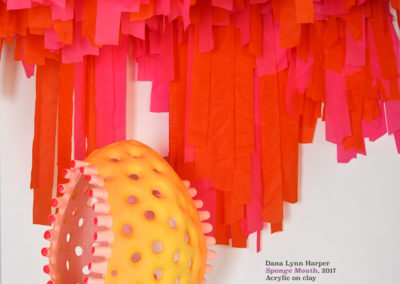 Dana Lynn Harper is an artist residing in Columbus, Ohio who uses overpowering color and enticing textures to transport viewers to a realm of warm feelings and childhood fantasy. She works with forms and colors from cartoons, coral reefs, and microscopic organisms.

Alex McLeod is an artist who creates 3D digital animation. He lives in Toronto, Ontario. He is particularly interested in simulating sentience and transformation. He renders and animates his creations using 3D modeling software, not unlike the tools used by video game developers.

Jackson O’Brasky is a painter who creates surreal, symbolic visions of the future. He is particularly interested in the future of technology and the environment. He uses traditional painting techniques and color palettes similar to those used by surrealist painters like Dali and Ernst.

We have created a special edition VanGo animated slideshow for you to enjoy while we wait for VanGo visits to resume. Inspired by early 8-bit videogame graphics, this VanGo story contains animated versions of artworks and concepts in the the Surreal System exhibition.

Visits include tours onboard the VanGo, group assemblies, and a hands-on activity. The morning assembly is approximately 25 minutes and requires a screen and projector.