Relics, a series of photographs by Pennsylvania native Stephen Althouse, portrays humanity through the tools and artifacts we leave behind. This collection of large scale black and white photographs transforms remnants from the past into powerful images captured in incredible detail.

Inspired by his love of tools and farm equipment, American artist Stephen Althouse (b. 1948) fabricated his early sculptures out of wood, leather, and forged metal to resemble farming implements. Later, rather than making sculptures from raw materials, he began collecting already made objects which he loosely assembled together to create new artwork.

He transitioned from sculptor to photographer when he discovered that once a piece was assembled, he could use photography as a tool to capture and control the perception of his work.  Althouse continues to approach his work as a sculptor, assembling and enshrouding tools, artifacts, clothing, and even weapons into a unique pictorial dialect. He further manipulates the scene with lighting, camera and computer work, and increased scale to create his larger-than-life minimalist compositions.

Raised on a farm in rural Bucks County, Pennsylvania, Althouse grew up close to farmers and their work with earth and animals. During his teens and twenties he further explored the primordial realm of labor by working arduous jobs at a stone quarry, on the railroad, in concrete construction and road building. Through his interactions with fellow workers he became sensitive to a culture of people who approach a life of physical labor with the same humility and compliant determination as countless generations before them. During these formative years Althouse also began to question our species’ predisposition for making war. He embeds humankind’s different attributes and the historical ties of humanity, laboring and warfare into much of his artwork.

Throughout his life Althouse has continued to foster his intrigue for people and diverse cultures through extensive travel, work, and residencies abroad in South America and Europe. He has encountered foreign environments, friendships and personalities which, like his times working in the quarry or on the railroad, opened his eyes to the often overlooked ordinary person and the unfathomable diversity of life; while impossible to describe in words, the insight gained by such encounters have transpired into his unusual visual expressions found in his art. He made Miami, Florida his home-base for thirty years where he worked as an artist as well as Distinguished Professor of Fine Arts at Barry University, and he regularly taught courses and lectured on his art in France, England, Spain, Ecuador and the Galapagos Islands. In 2003-2004 Althouse lived in Belgium as an artist-in-residence at the Museum of Modern and Contemporary Art in Liège through a Fulbright Research Fellowship and concurrent German grants from Hahnemühle papers and Epson printer.

Since leaving academia, he now resides in central Pennsylvania where he is reconnecting with his roots and finding new artistic inspiration from the surrounding Amish community.

Like so many artists across time, I feel compelled to portray aspects of the human race. I utilize old implements as depictions of ourselves rather than making literal portrayals of people. The relics and tools that I choose remind me of the paradoxes of our species, and some imply the valor of individuals facing lives of relentless uncertainty. Intertwined within these are representations of people, thoughts, and experiences of my own life.

My artwork provides a personal way for me to express my feelings of mystery about humankind. It allows me to acknowledge our strengths and weaknesses, ponder our contradictions, and subtly bestow upon us a small degree of nobleness. 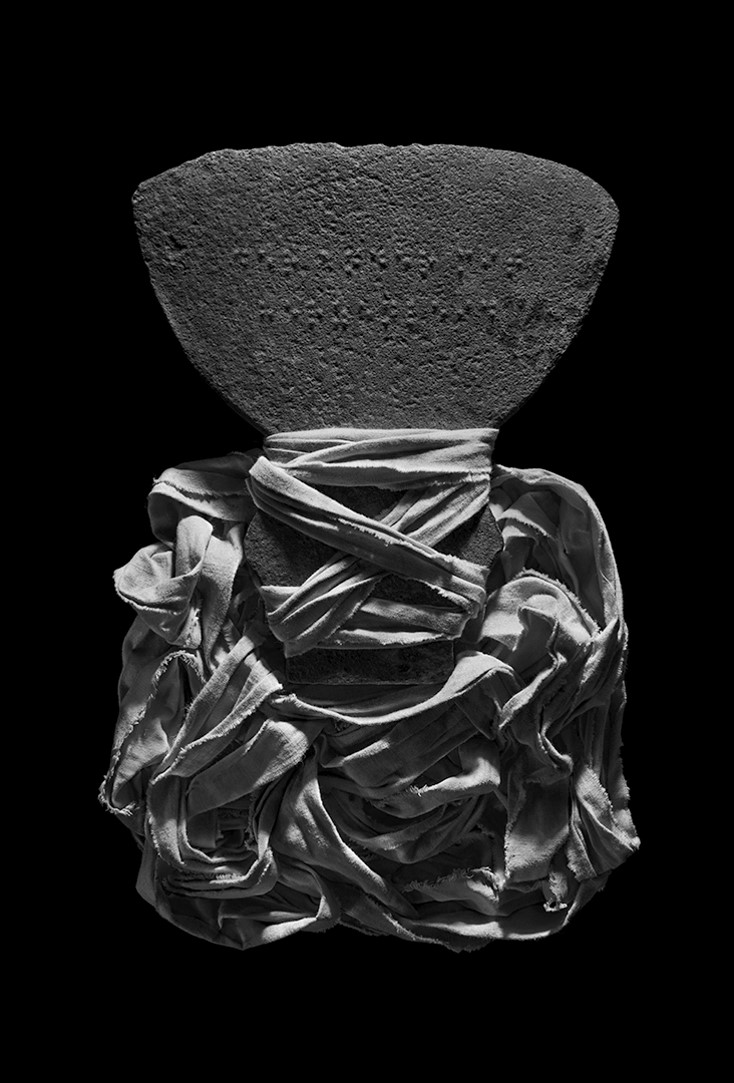 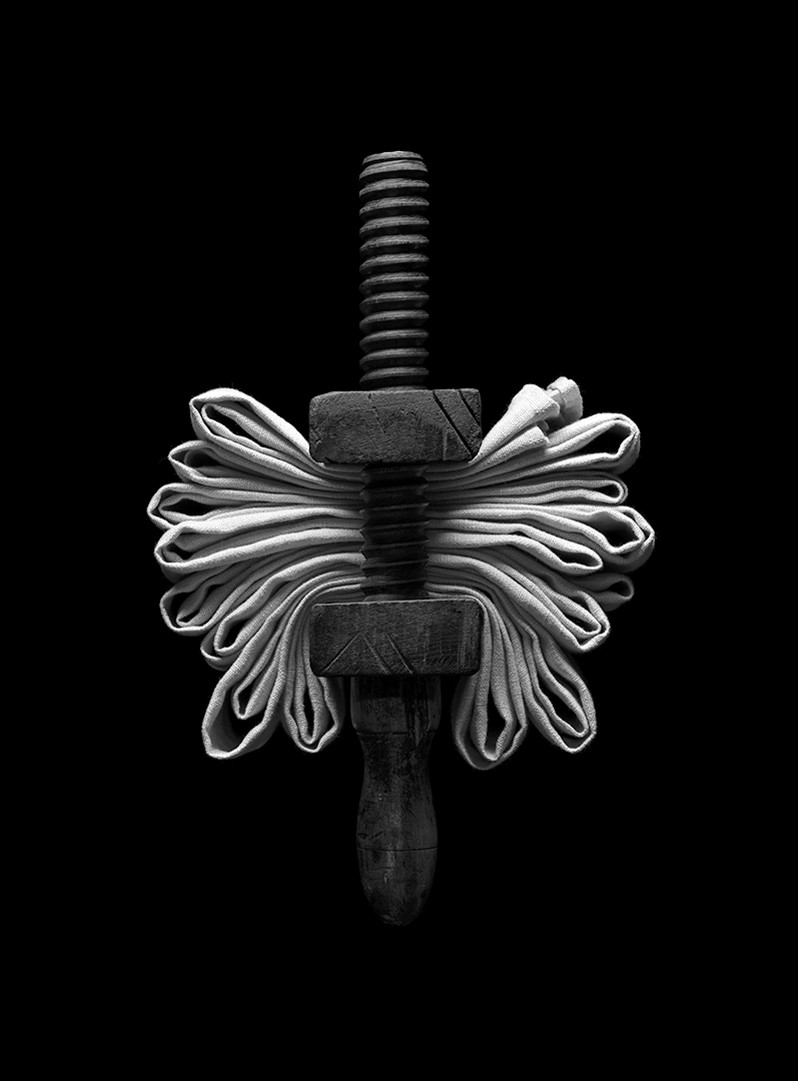 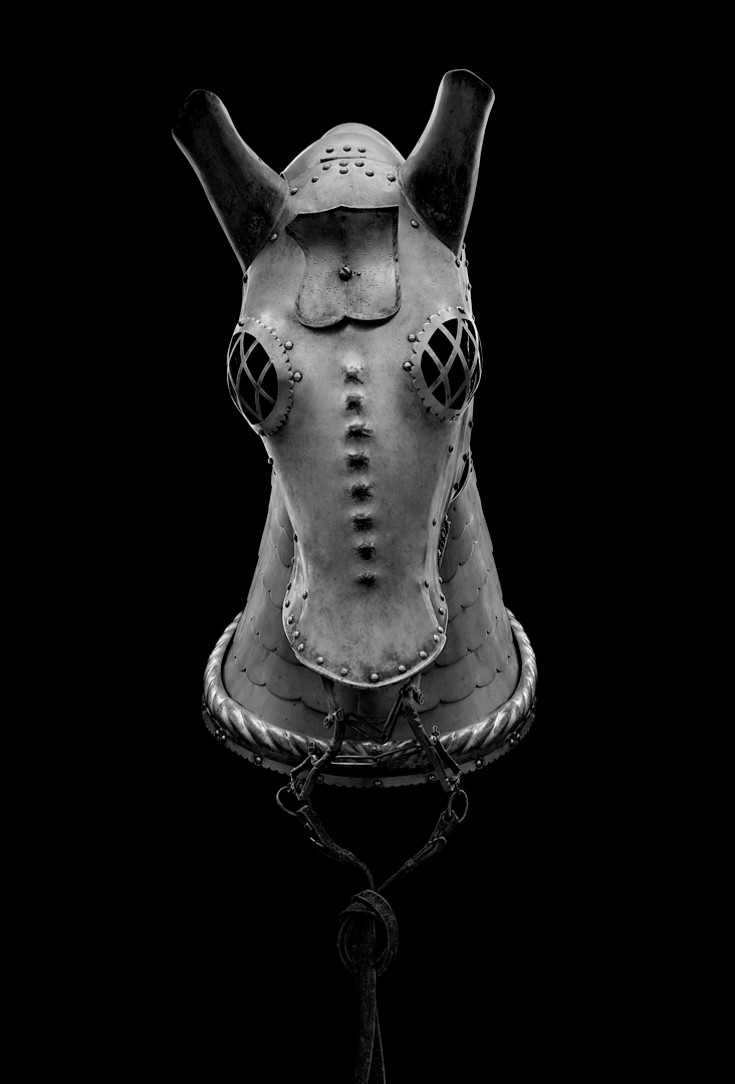