Inka Essenhigh’s painted visions are richly colored distorted fables peopled with archetypes, sprites, and anthropomorphized nature. The paintings breathe and undulate with life as ocean becomes sea monster, tree becomes goddess, or hipster bar-goers become drunken ghouls. The imagery is imbued with a sense of a collective unconscious and mischievous narrative that makes its way into each landscape, building, and figure. As she describes it, her mythologies strive for “the feeling of an inner vision” captured during the witching twilight hours.

As part of its ongoing series of commissions for the Stairwell, The Drawing Center, NY selected Essenhigh to create a site-specific wall drawing. Essenhigh’s installation is the third in the series, and was on view April, 2018 – September, 2019.

Essenhigh lives and works in New York City. She is represented by the Miles McEnery Gallery, New York, NY and Victoria Miro. 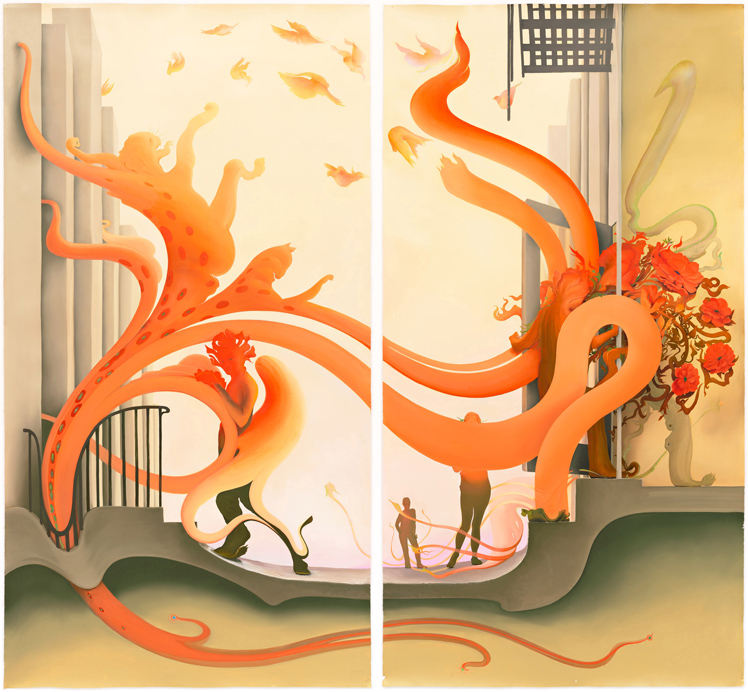