Once a Future Kingdom

In Once a Future Kingdom, Anthony Cervino presents a series of recent works, created with both found and sculpted materials, that are displayed as imagined relics. The carefully composed sculptures are set in attentively crafted, glass-fronted, brightly colored wooden boxes that allude to rituals, rites of passage, and totemic beliefs. In other words, the objects are not banal detritus, but instead invite viewers to consider how things become treasures and how objects can have both sentimental and cultural meaning. The sculptures in Once a Future Kingdom also can be understood collectively as a kind of morality tale, a fable about the rise and fall of an empire that indulged in its hubris.

In this exhibition Cervino creates odd combinations of sculptural components as if they are the remnants of this long lost “future kingdom” and encourages the viewer to imagine this sovereignty at its height, as well as in its ruin. In this present moment of significant social and political upheaval, Cervino reflects on the forgotten promises of the mid- to late-twentieth century. His objects allude obliquely to the optimism of the Space Age (seen in ethos of 1964 World’s Fair or in the premise of the television series Star Trek), and to the accompanying responsibilities of equality and justice that one might associate with a utopian civilization. His works do not overtly celebrate wistful nostalgia, but rather push the recent past into a kind of archaeological record as a way to call, now, for a new hope.

Anthony Cervino is an artist-educator who has exhibited his work professionally for over 20 years. He has been teaching sculpture at Dickinson College since 2006. Conceptually (and speaking broadly), most of Cervino’s sculptures draw on personal memory, a sense of cultural nostalgia, and notions of boyhood. Visually, he approaches these subjects with an eclectic hand. Using both made forms and manipulated found objects, Cervino focuses on object-based compositions that tend to investigate conflicting notions of identity such as hero/coward, masculine/feminine, and victim/victimizer, among other formal and conceptual considerations. A native of Pennsylvania, Cervino studied art at the University of North Carolina at Chapel Hill and Towson University before settling in Carlisle, PA. His sculptures have been shown regionally, nationally, and internationally, and his artworks been included in recent exhibitions at The Gallery at Flashpoint in Washington, DC, the Institute of Contemporary Art at the Maine College of Art, the Indianapolis Museum of Contemporary Art, The Arlington Arts Center, and the Minneapolis College Of Art & Design, among others. Cervino is also the co-director of Ejecta Projects, an independent art gallery located in Carlisle, PA. 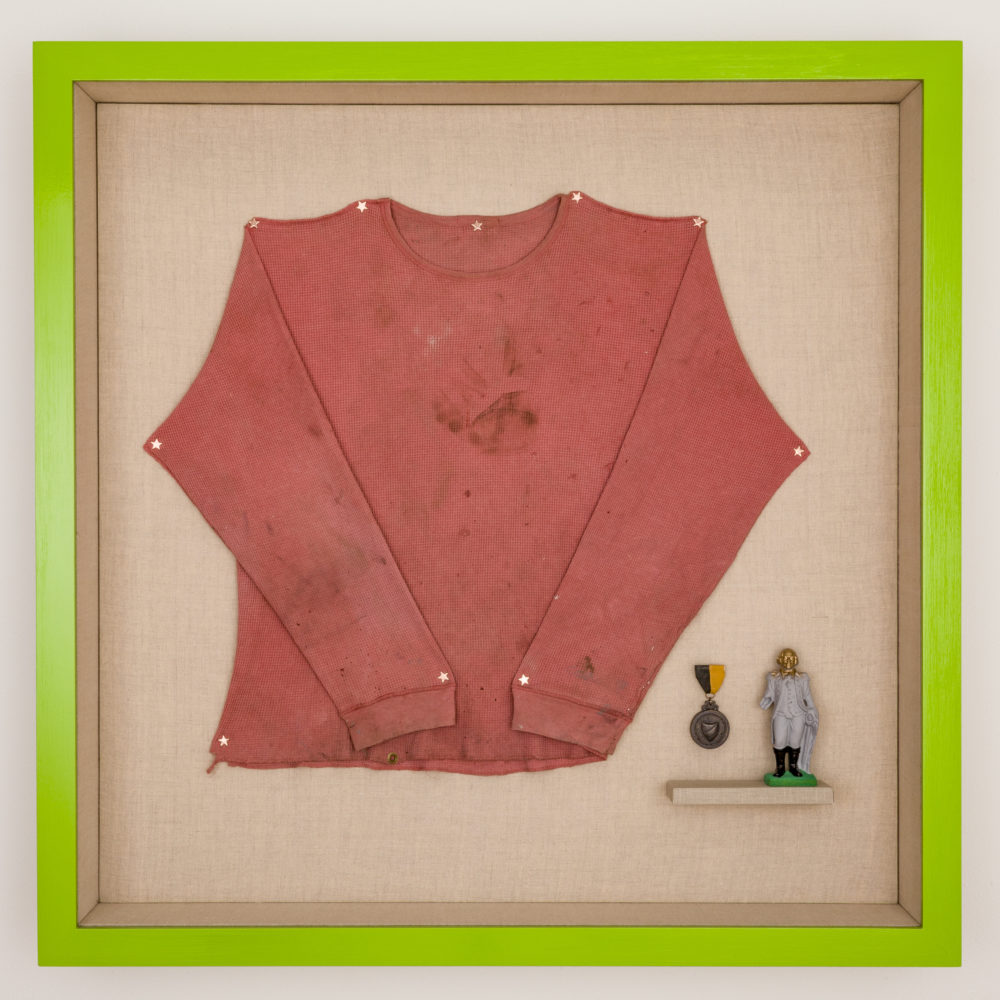