In the early 1900’s, noted Geometric Abstractionists such as Piet Mondrian, Wassily Kandinsky, and Kazimir Malevich evolved from the dominant painting traditions of Cubism. While the earlier movement, popularized by Pablo Picasso and George Braque, reduced recognizable images into basic shapes, Geometric Abstractionists left behind recognizable imagery altogether. These artists emphasized the inherent flatness of the picture surface rather than attempting to create the illusion of three-dimensional space. A pivotal example of this style is Kazimir Malevich’s White on White, 1918, oil on canvas, found in the collection of the Museum of Modern Art, New York City. Click here for more information about this work!

Contemporary artists, like those found in New Geometry, continue the tradition of exploring the expressive power of line, color, and form. Though they draw inspiration from everyday life, each of the artists translates their experiences by beginning with a fundamental shape. These forms are abstracted through layering of color fields, delicately shaping wood, and utilizing non-traditional photographic techniques.  Explore the diverse shapes in this exhibition, and consider the emotive qualities conveyed by the colors and layers found within.

​He currently lives and works in Lancaster, PA where he serves as Adjunct Instructor of Drawing in the Foundation Department at Pennsylvania College of Art & Design (PCA&D).

“Working from relationships and phenomena observed in our day-to-day, I find my work in many places. An interaction between two people, discarded objects on the street, or the spill of light on the ground, they all yield many visual representations. Using a language of geometric abstraction and considered mark making as a base in which to speak to these relationships, I can explore their deeper connections and varied implications.”

Born and raised in Indiana, Nick Hollibaugh’s work draws inspiration from the fields, barns, and silos of middle America. Meticulously built with hand-cut strips of wood, his sculptures combine architecture and color to form structural manifestations of the Midwest landscape. The sculptures appear to have movement as one passes due in part to the small slatted openings between the wooden panels. The juxtaposition of this sweeping illusion and the static presence of the grand sculptures introduces a shifting contemplation of progress.

Hollibaugh received his MFA in 2003 from the Rhode Island School of Design, Providence, and his BFA in 2001 from the Herron School of Art, Indiana University, Indianapolis.

Brittany Nelson (b. 1984 Great Falls, MT) works with 19th century photographic chemistry techniques by altering their traditional usage to create artifacts and images that speak about the future. She received a Master of Fine Arts degree in photography from the Cranbrook Academy of Art and Bachelor of Arts degree in photography from Montana State University. Nelson is the recipient of a Creative Capital Grant in Visual Arts (2015), a Theo Westenberger Foundation Grant (2016) for advancing women in the arts, and was awarded a residency at the Headlands Center for the Arts (2017).

Nelson has had solo exhibitions at numerous venues including PATRON Gallery (Chicago, IL), Morgan Lehman Gallery (New York, NY), David Klein Gallery (Detroit, MI), and Sadie Halie Projects (Minneapolis, MN). Her work has been featured in numerous publications such as The New Yorker, WIRED, Collector Daily, and the New Art Examiner. Her studio is currently based in Richmond, Virginia.

She has held artist residencies at numerous locations in the United States including Virginia Center for Creative Arts and Ragdale in Illinois. She was a visiting artist and critic at Colby College, Cornell University, the University of Dallas, Tianjin Academy of Fine Arts in China, and the University of Nebraska in Lincoln. From 1982 – 2014 Richards taught drawing and printmaking at Bucknell University in Lewisburg, Pennsylvania.

“This series of acrylic paintings are created with a process that begins with major divisions of the rectangle and a painting vocabulary of delicate boundaries and subtle shifts in transparency, opacity and brilliance of color.  The sense of space is derived from multiple layers, erasures, and accumulation of forms.  I choose forms that suggest a directional movement and as the painting develops I respond to the forms and spaces I see evolving, by intentionally favoring the elusive and random chance occurrences.

The work itself is like a journey (a movement from one place to another), as well as a search (a careful examination and exploration).  I attempt to count, divide, measure, obscure, and reveal these images as receptacles of time, memory, and perception.  In doing so I present visual information and aesthetic experience as relational and fragmentary moments in time.  I attempt to create a delicate compositional balance and momentary stasis as forms float, disappear, and are quick to change as they move across the confines of the rectangle.

My work has also been influenced by cosmological imagery from Buddhist symbols and Indian Yantras.  I see this visual source material as providing points of reference into the world of the imagination in which one strives to create order, systems, and microcosms out of a vast and unpredictable universe.” 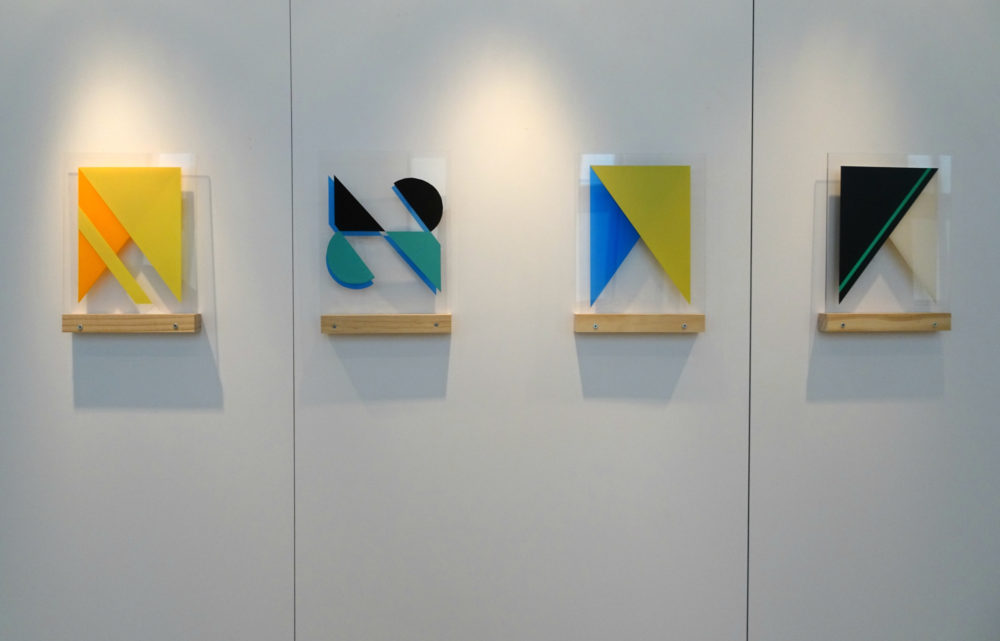 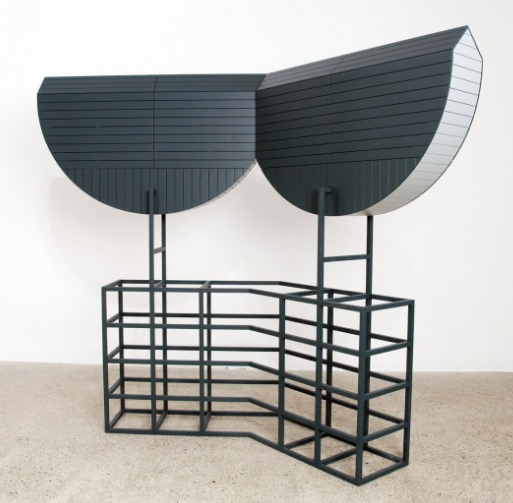 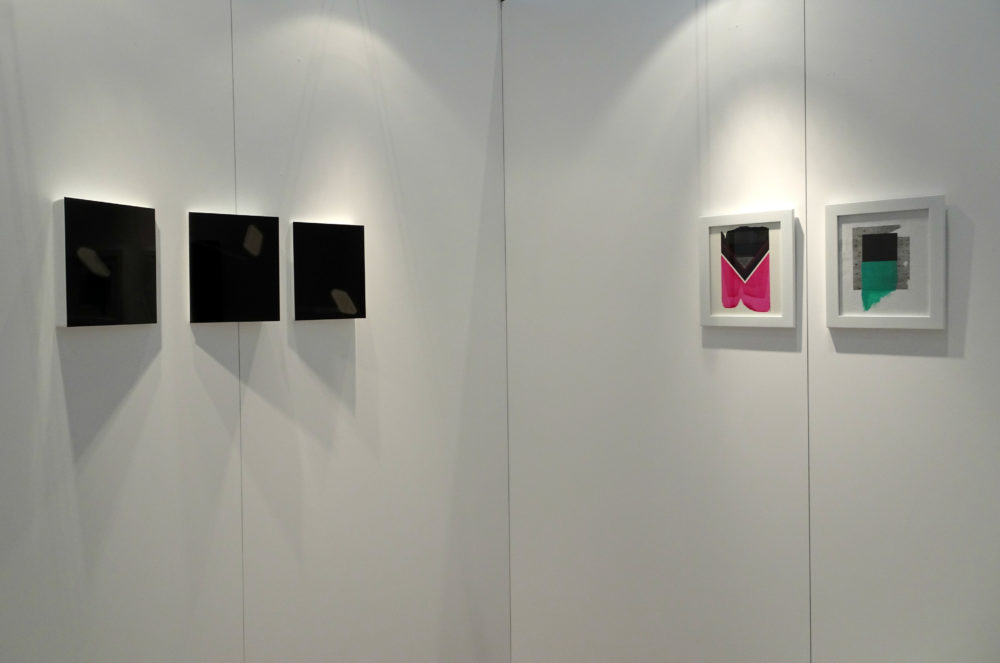 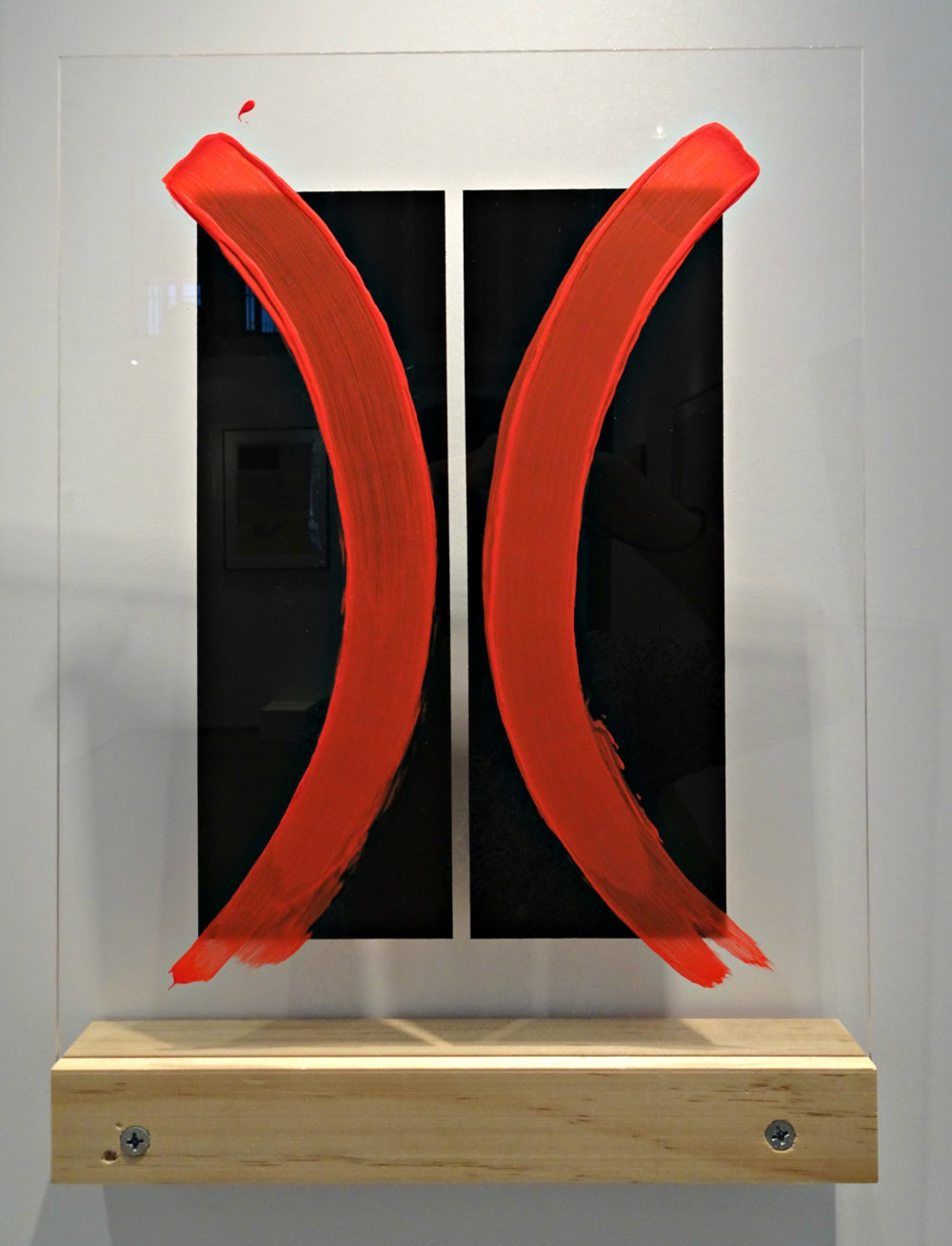 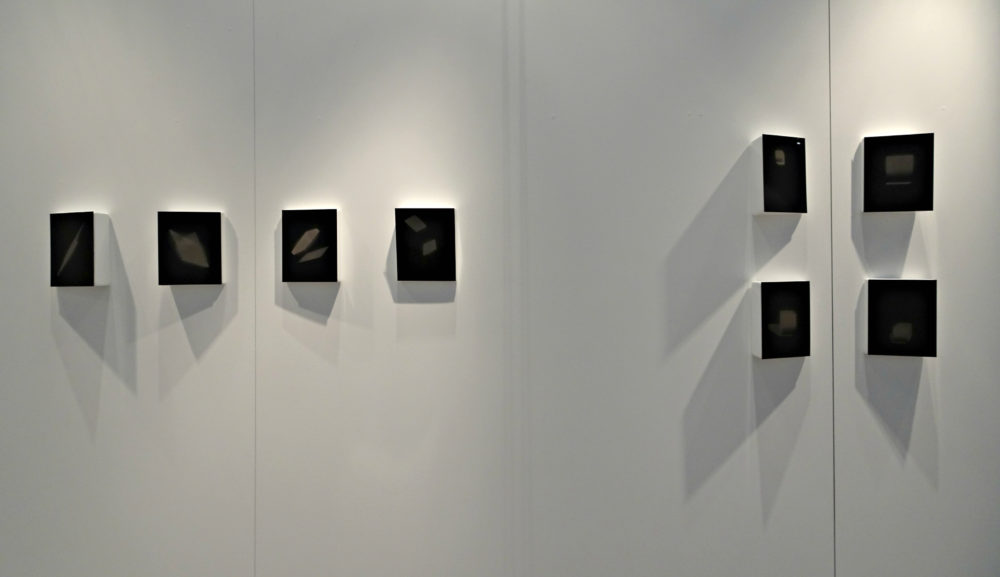 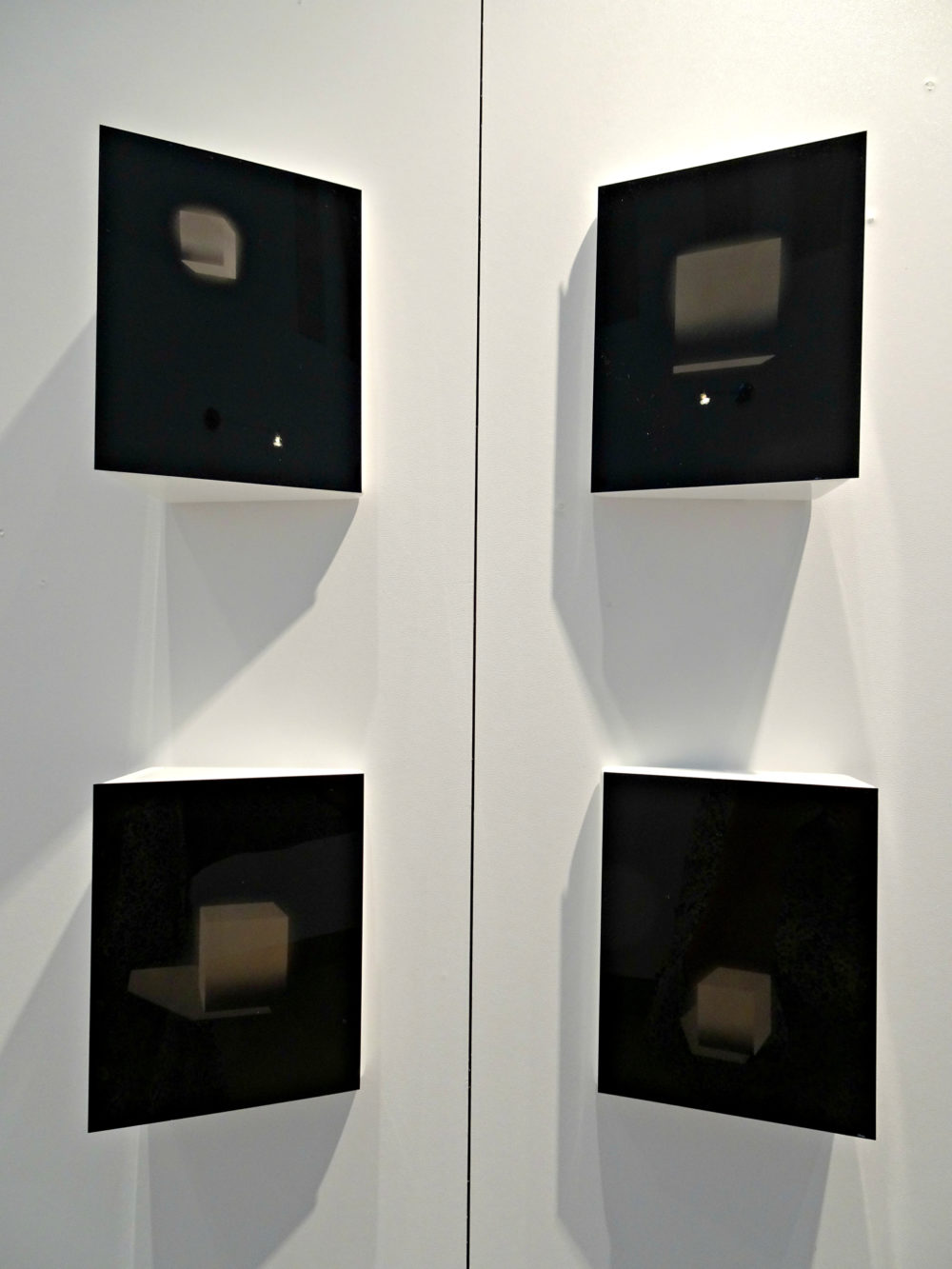 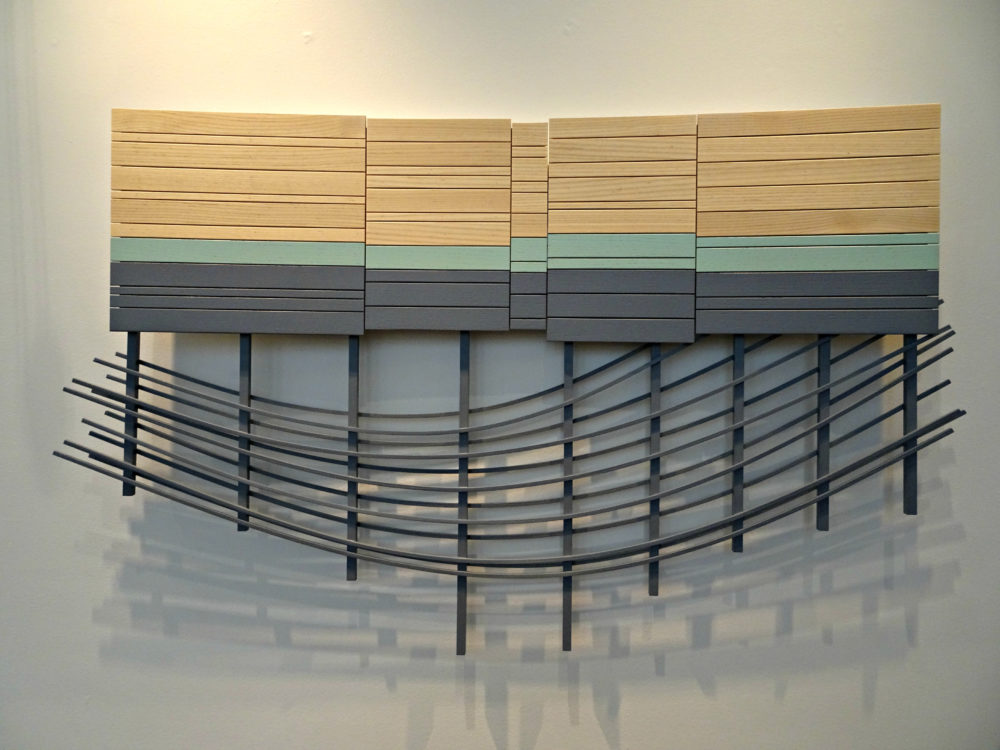 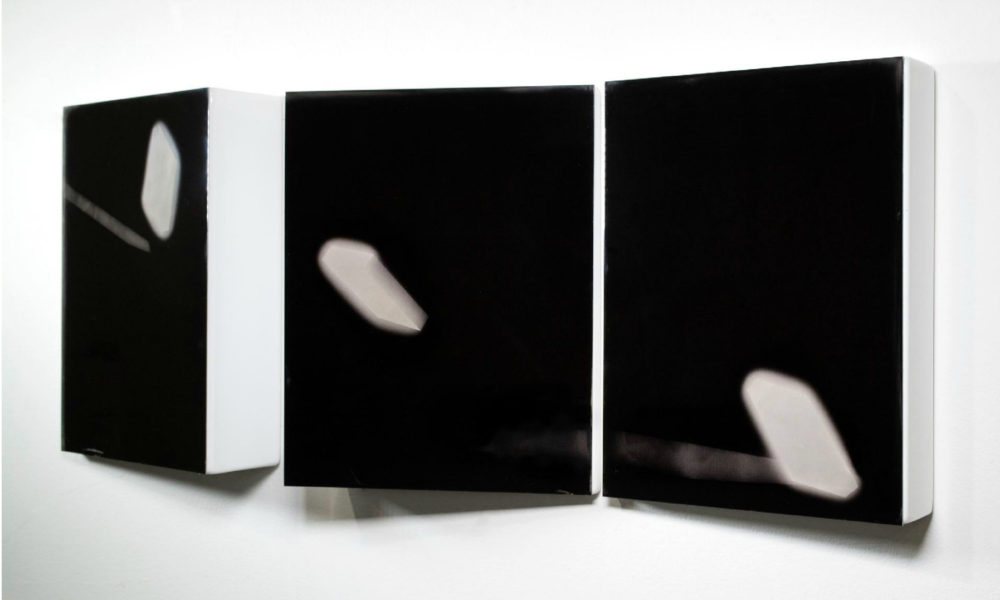 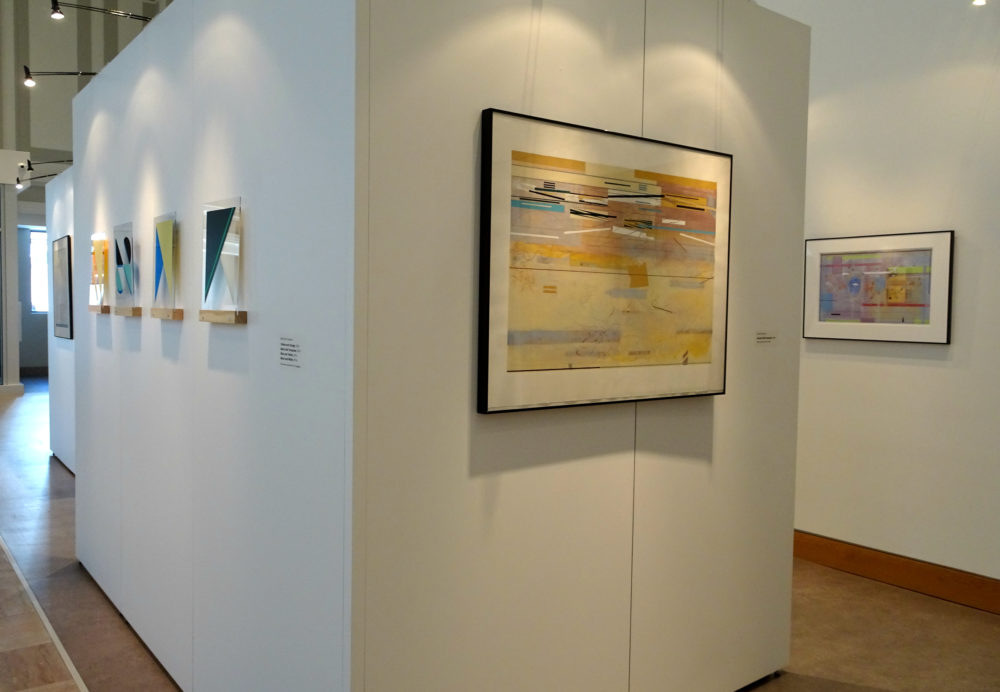 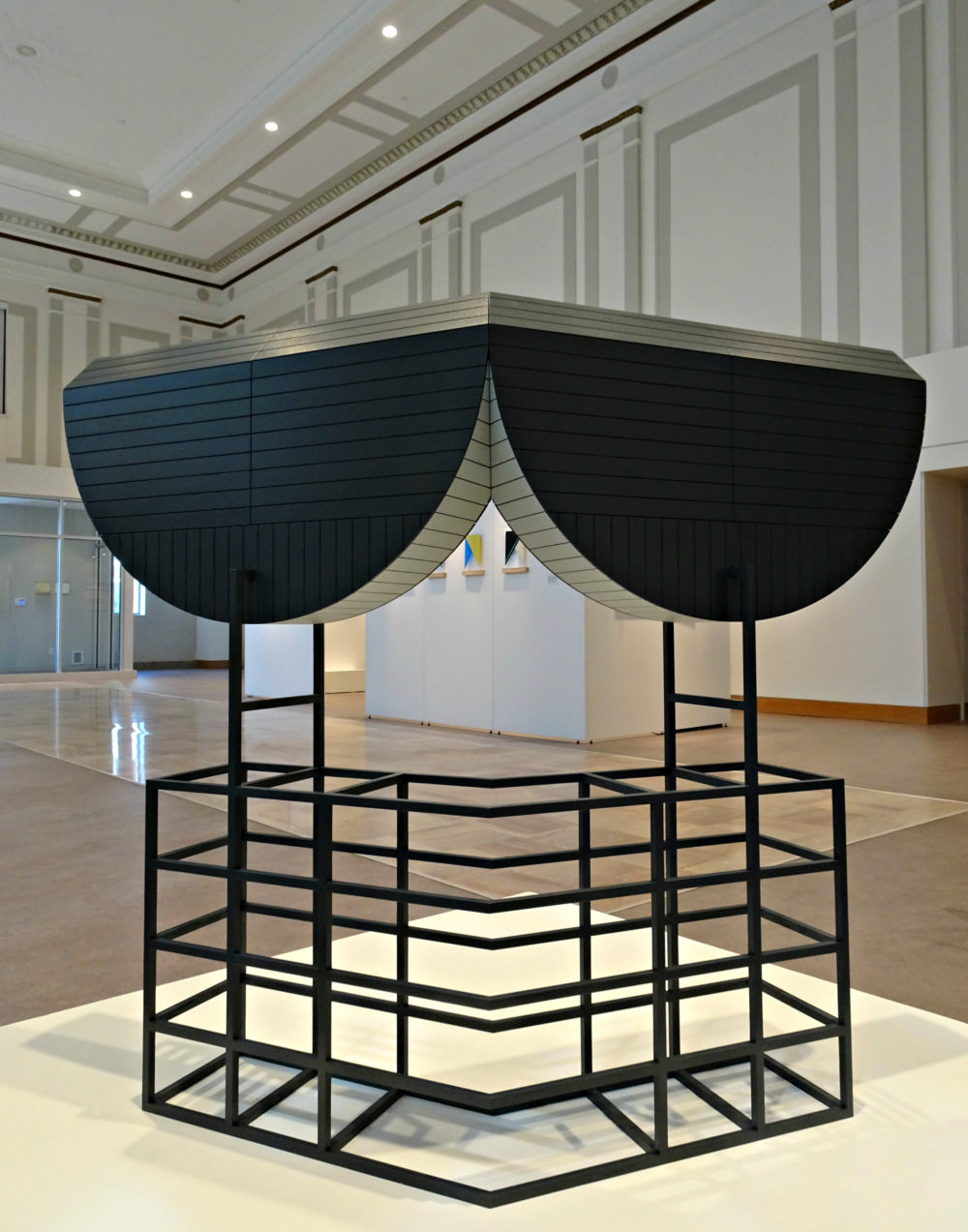 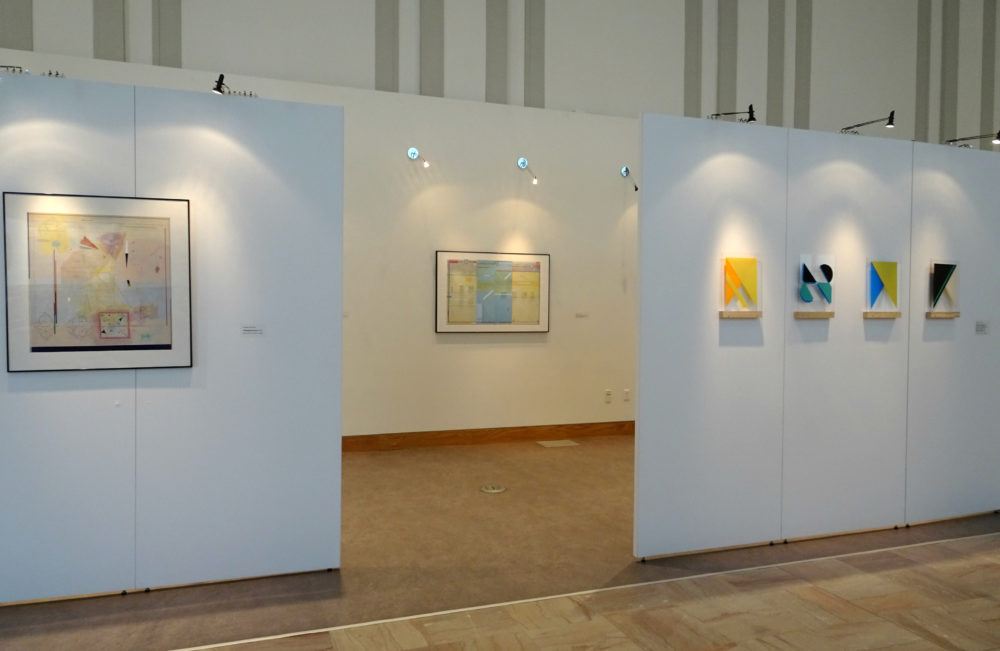 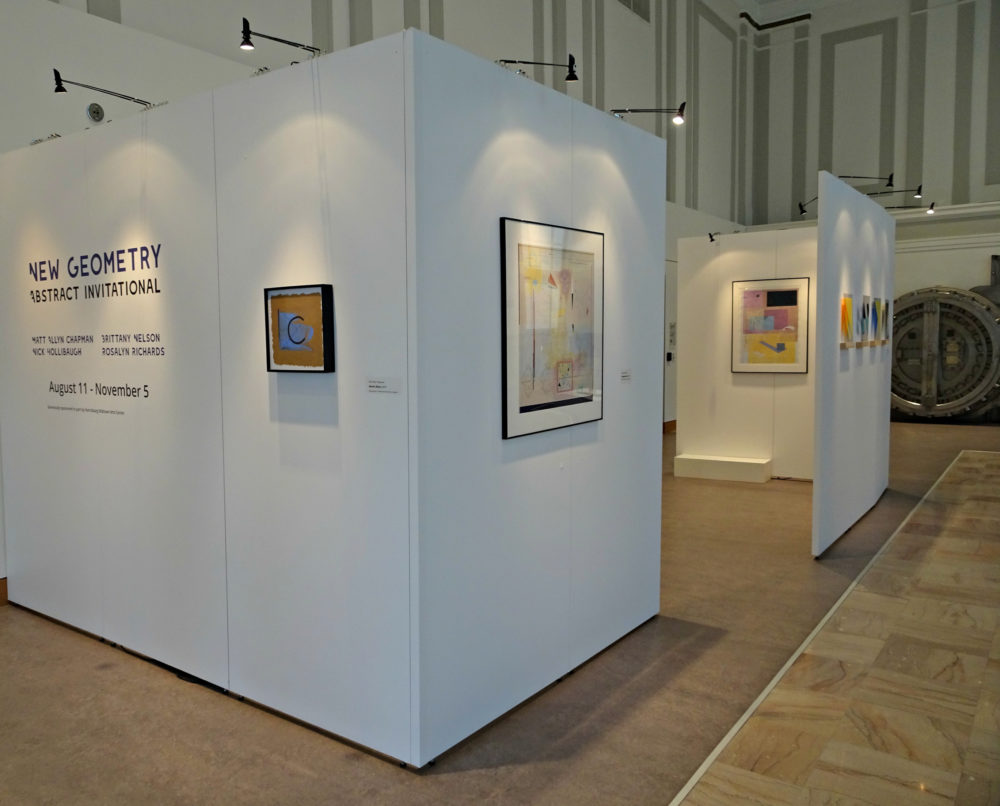 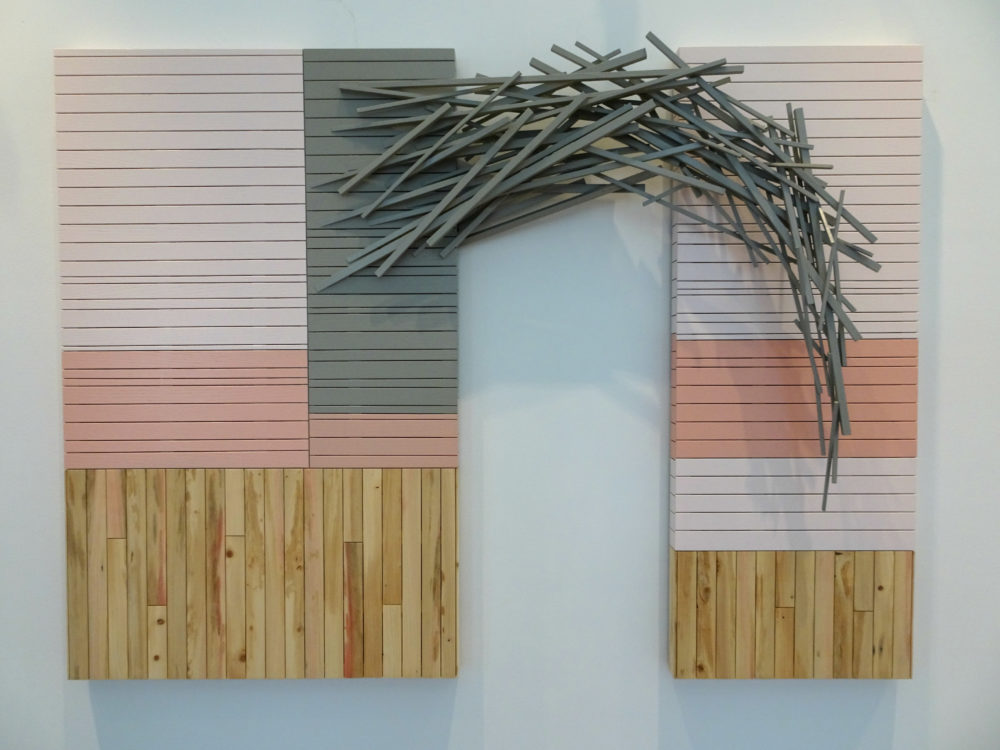 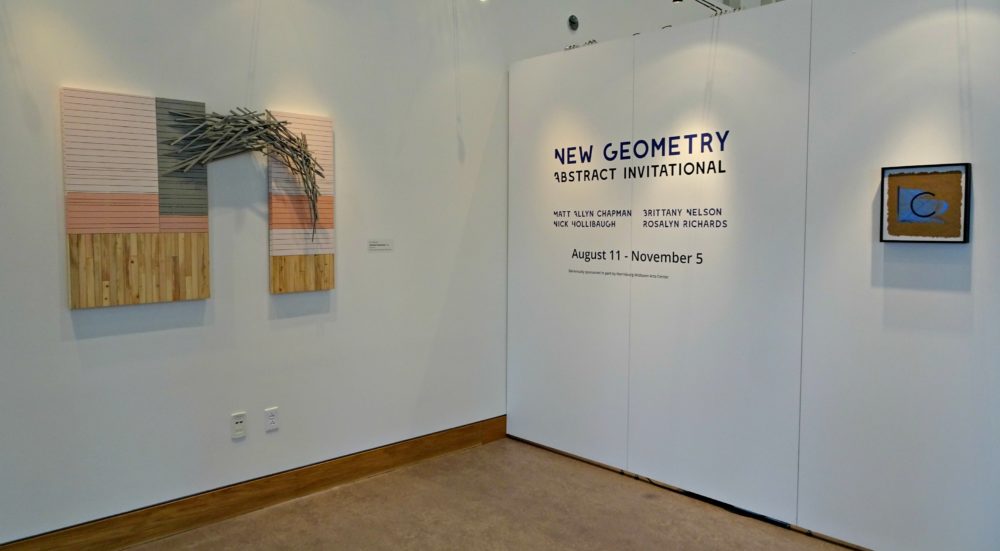