Isabel Bishop (1902-1988) built a long and productive career depicting New Yorkers, particularly those she observed around Union Square. She was a celebrated draftswoman, printmaker, and painter. The first two disciplines were building blocks to the third, but all three earned her critical acclaim.

A stylistic shift in the artist’s early 60s resulted in two broad bodies of work that invite comparison and contrast. Her later works focus on the spectacle of movement itself. Personal details diminish as university students walk in every direction, through light and shadow, through abstract space, toward unrevealed destinations. Mobility to Movement traces Bishop’s career exclusively through her printmaking. It also illustrates the customs and terminology of print editions and explores the role of Bishop’s master printer, Stephen Sholinsky.

The individual personalities of Isabel Bishop’s early subjects are revealed through specific details of feature, gesture, posture, and dress. She commonly depicted pairs of people, especially women, interacting with each other or engaged in a common activity. The implication of mobility was a key feature of this early work. It was important that the figures not seem frozen in the moment; she wanted them to organically convey the next motion of their body. The social mobility available to young working women also factored into the subtext of her work during this period.

Etching served as a middle step in Bishop’s development of drawings into paintings. Typically, she began with small figure sketches made with pen and ink while watching strangers in the park or on the subway. Later, she often drew from models posing or moving around her studio. At this stage, the composition, proportions, and details were developed. Bishop felt that etching, a more austere medium than drawing, tested the validity of her ideas. The finished etchings can be seen as precise blueprints for the structure of her paintings.

Bishop’s art took a surprising turn around 1961 and her subjects became less identifiable as individuals. Both women and men move through ambiguous spaces, passing each other without interacting. Her subject became movement itself, and she conveyed this in part through visual interruptions of figure and ground. She used aquatint to add large areas of shape and tone to the traditional linear language of her needle etchings.

Mobility to Movement is drawn from the collection of Robinson’s Fine Prints at the Midtown Scholar Bookstore. 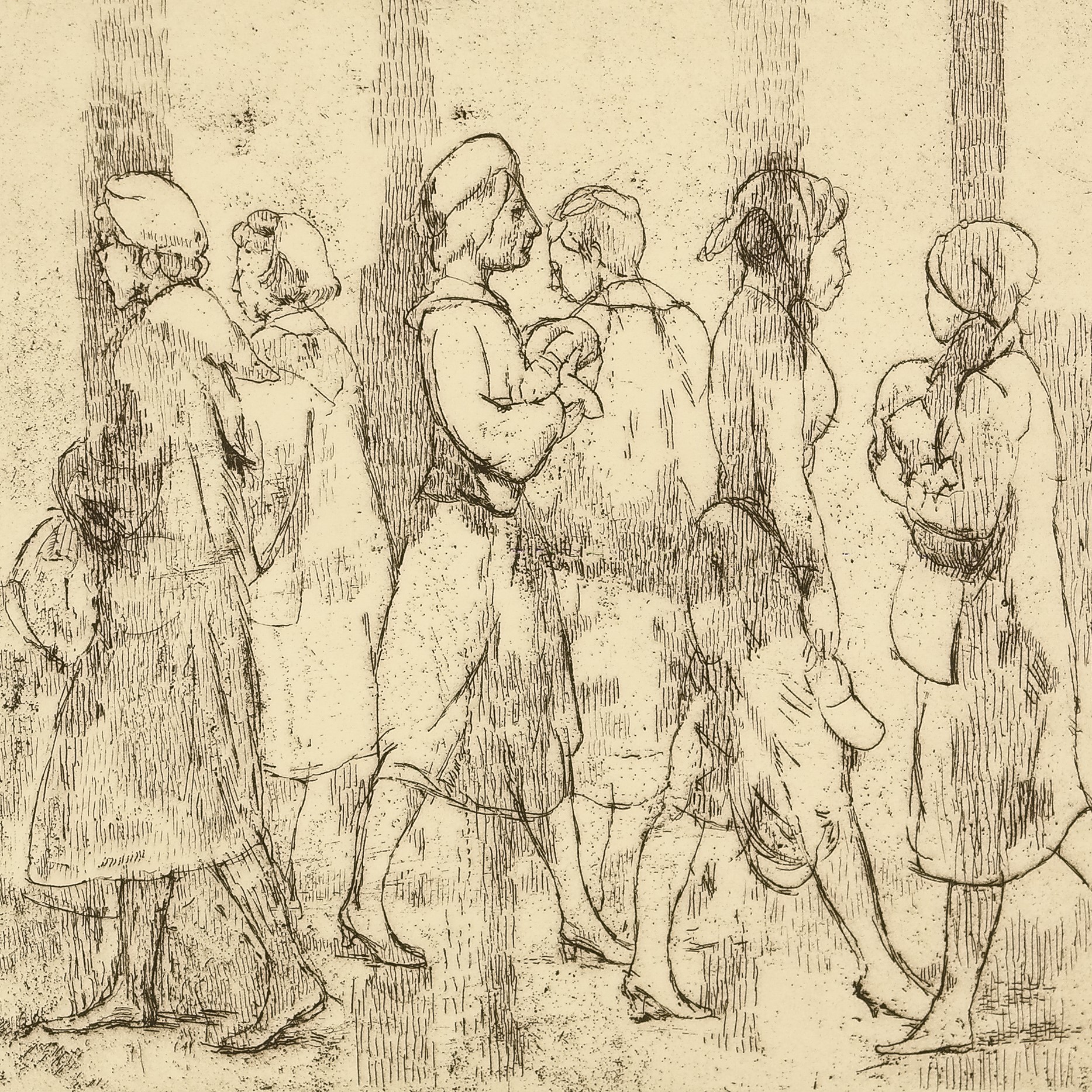 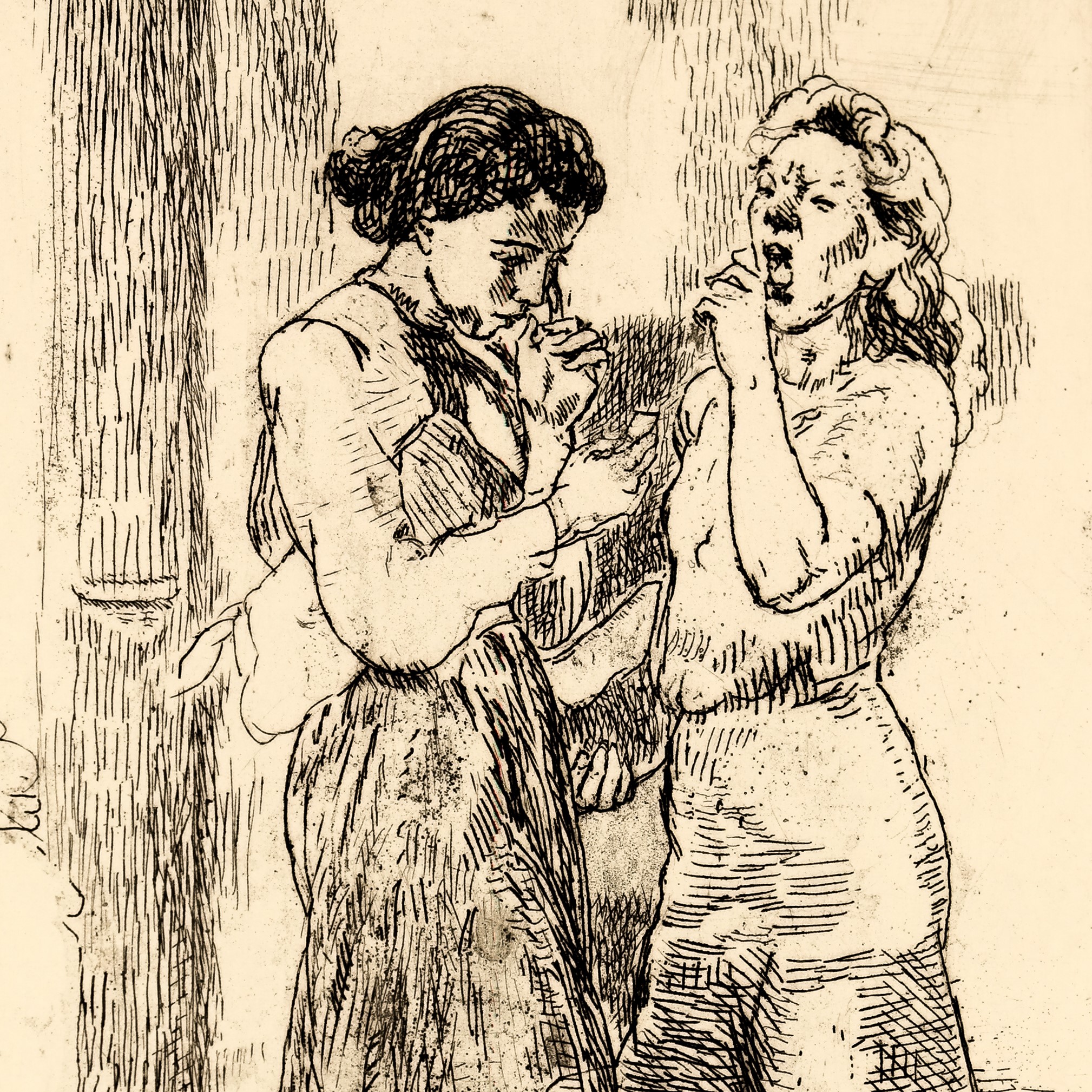 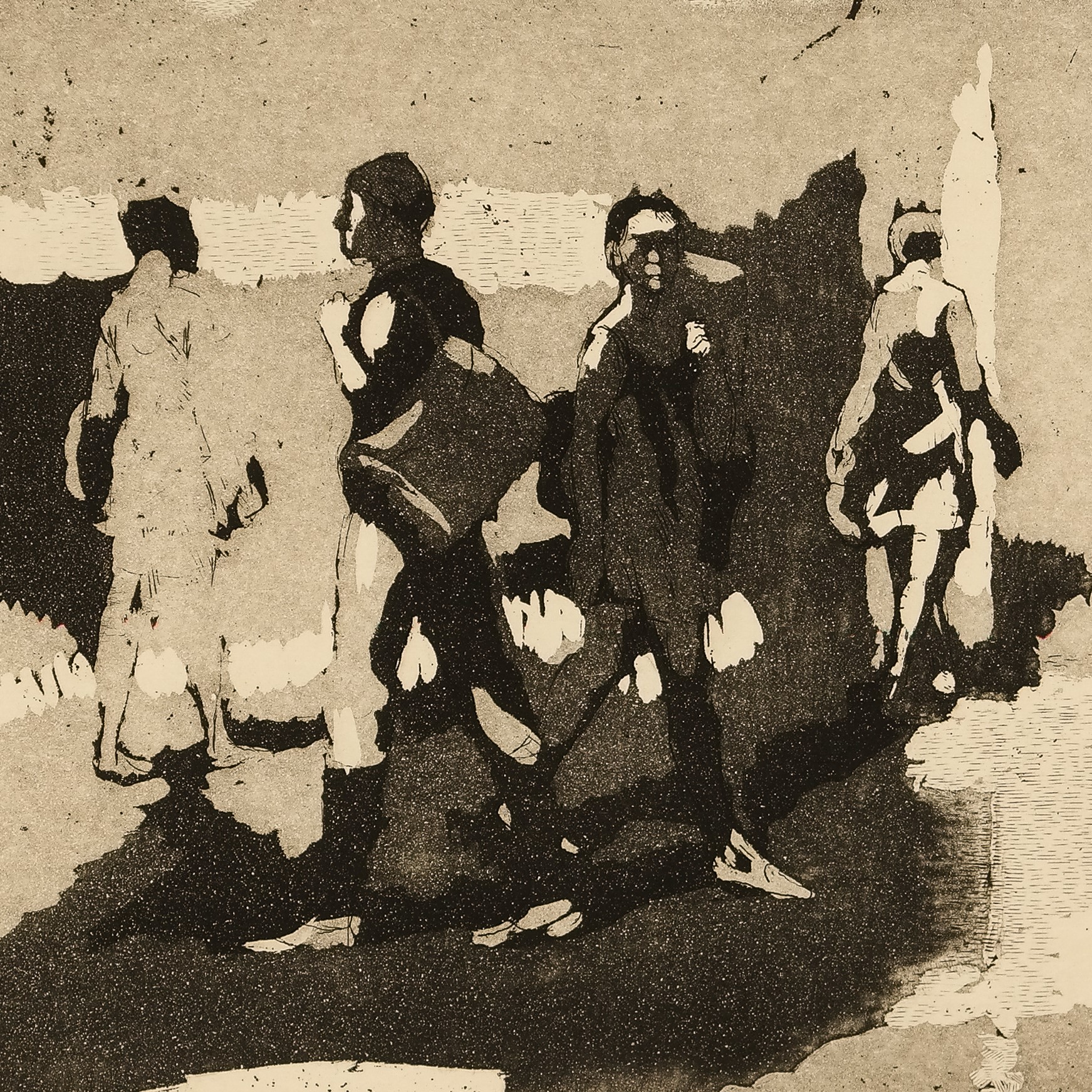