Special Performance in the Lehr Gallery!

Sarah Shafer, soprano, and H. Ralph Vartan, piano, will perform La bonne chanson in the Susquehanna Art Museum’s Lehr Gallery. La bonne chanson is a song cycle by Gabriel Fauré, set to the poetry of Paul Verlaine. Composed between 1892-94, it premiered in 1894 in a private salon with Fauré at the piano. It will be presented at SAM in the original arrangement for voice and piano.

This event is free with standard admission. Please RSVP using the ticket link below.

Praised by the New York Times for her “luminous voice” and “intensely expressive interpretations,” and named “remarkable, artistically mature” and “a singer to watch” by Opera News, American soprano Sarah Shafer performs with opera companies including The Metropolitan Opera, San Francisco Opera, Glyndebourne, Opera Philadelphia, San Diego Opera, Cincinnati Opera, and Tulsa Opera. Equally at home in standard and contemporary repertoire, she has created leading roles in world premiere productions with San Francisco Opera, and debuted works by renowned composers Richard Danielpour, John Harbison, and Poul Ruders. She has appeared in concert with many orchestras including the Philadelphia Orchestra, the Los Angeles Chamber Orchestra, the San Antonio Symphony, the Utah Symphony, the National Orchestra of Mexico, and the Detroit Symphony Orchestra. An avid chamber musician and recitalist, she regularly collaborates with pianist Richard Goode at venues including Carnegie Hall and Atlanta’s Spivey Hall, and sings at prominent festivals throughout the United States and abroad, including the Oregon Bach Festival, Santa Fe Chamber Music Festival, the Collaborative Arts Institute of Chicago, Bard Music Festival, and the Liszt Academy in Budapest, Hungary. Sarah was a 2014 Astral Artists winner. She spent five summers as a resident artist at the Marlboro Music Festival. Recordings include the debut of Richard Danielpour’s chamber work, “Talking to Aphrodite” with Naxos Records, Poul Ruder’s opera The Thirteenth Child with Bridge Records, and works of Benjamin C.S. Boyle with Lyric Fest and Navona Records.

H. Ralph Vartan holds a degree in piano performance from Westminster Choice College, where he studied with Phyllis Lehrer, and a Master of Business Administration from Penn State Smeal College of Business. He is Chief Executive Officer of Vartan Group, Inc., a property firm headquartered in Harrisburg, PA. As a pianist he appears regularly in solo and chamber music recitals.

Gabriel Urbain Fauré (12 May 1845 – 4 November 1924)was a French composer, organist, pianist, and teacher. He was one of the foremost French composers of his generation, and his musical style influenced many 20th-century composers. Among his best-known works are his Pavane, Requiem, Sicilienne, nocturnes for piano, and the songs “Après un rêve” and “Clair de lune”.

Fauré’s music has been described as linking the end of Romanticism with the modernism of the second quarter of the 20th century. When he was born, Chopin was still composing, and by the time of Fauré’s death, jazz and the atonal music of the Second Viennese School were being heard. The Grove Dictionary of Music and Musicians, which describes him as the most advanced composer of his generation in France, notes that his harmonic and melodic innovations influenced the teaching of harmony for later generations. 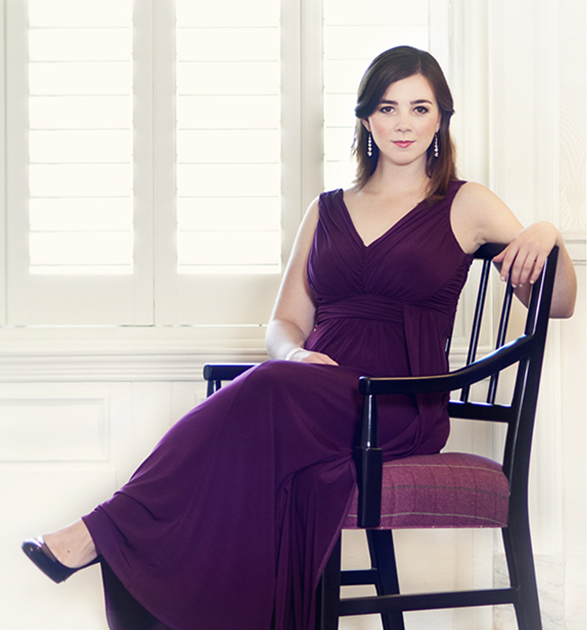